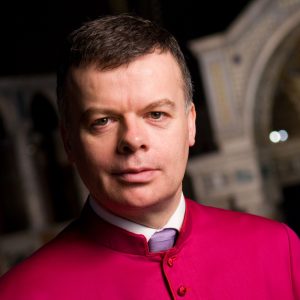 Born in Manchester in 1967, Martin Baker studied at the Royal Northern College of Music Junior School, Chetham’s School of Music and Downing College, Cambridge, then held positions at London’s Westminster and St Paul’s Cathedrals and Westminster Abbey before returning to Westminster Cathedral in 2000 as Master of Music, where he remains and is responsible for directing the world-renowned choir in its daily choral programme and busy schedule of concerts, tours and recordings.  With the Westminster Cathedral Choir, his performances on broadcasts and recordings have received wide critical acclaim.

Martin Baker is recognised as a dynamic choral conductor and concert organist.  Since his appointment to Westminster Cathedral as Master of Music, the choir has maintained its high profile both in the Roman Catholic Church and in the musical world in general.  He has commissioned and directed the choir in the premieres of a number of new choral masses, including works by composers such as James MacMillan, Peter Maxwell Davies, Judith Bingham and John Tavener.  The choir has continued its series of acclaimed recordings. Under his direction the choir has given concerts regularly in the UK, participating in many prestigious festivals such as South Bank’s Messiaen and Maxwell Davies celebrations, and toured in the USA, Hungary, Germany, Belgium, Norway and Italy.  In 2005 Martin Baker was invited to address the Congregation for Divine Worship at the Vatican on the Liturgical Role of the Choir.  In 2006 he founded the Conference of Catholic Directors of Music, an association which brings together the leading catholic cathedral and church musicians in the UK and Ireland, and which aims to promote and foster quality of music in Roman Catholic worship.  In November 2009 he attended a meeting of Pope Benedict and a select group of artists from all over the world in the Sistine Chapel, to mark the tenth anniversary of Pope John Paul II’s Letter to Artists.

As an organist, Martin Baker is much in demand all over the world.  Performing regularly in the UK and abroad, he has recently given concerts in France, Holland, Germany, Spain, Portugal, Italy, Austria, the USA, and Russia.  In July 2017 he was elected President of the Royal College of Organists in the UK for a two-year term. The winner of the St Albans Improvisation competition in 1997, improvisation features regularly in his recital programmes. 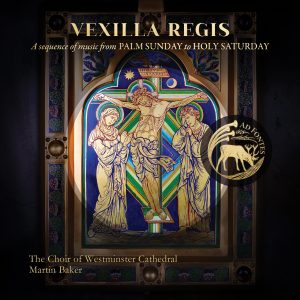 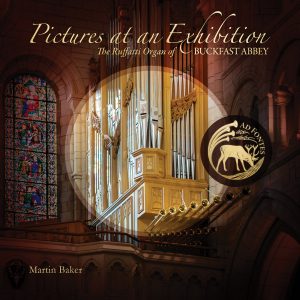 Pictures at an Exhibition: The Ruffatti Organ of Buckfast Abbey

Martin Baker plays works selected from his inaugural concert on the acclaimed new organ of Buckfast Abbey. This magnificent instrument – the largest in the South West of England – was the first built in the United Kingdom by the renowned Italian organ builder Fratelli Ruffatti. Martin's programme opens with music by Dom Sebastian Wolff, the Abbey's long-serving monk, composer and organist. Other works explore each nuance and tonal variety of this innovative instrument, located in both the Quire and...
Read More