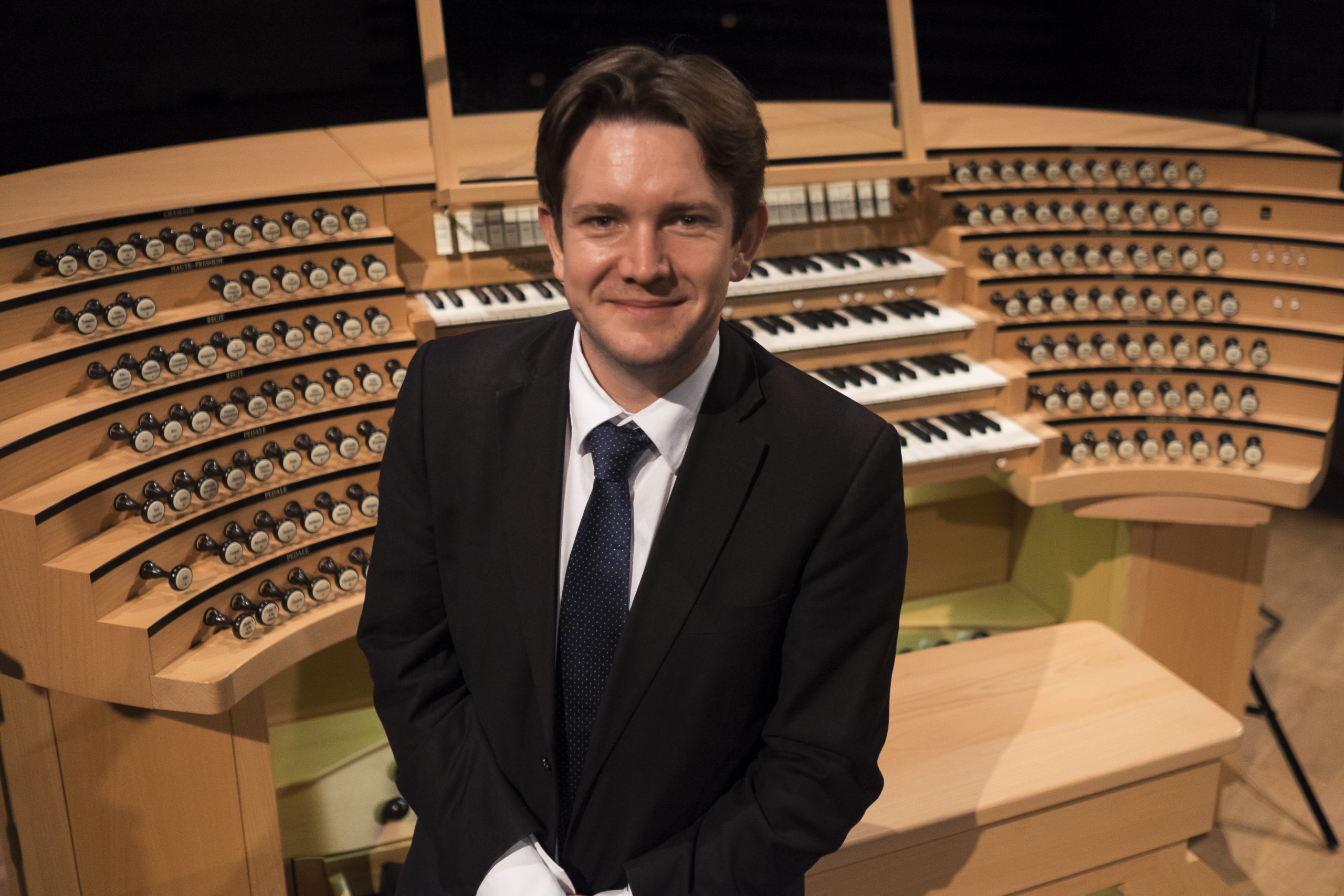 Andrew Dewar’s musical career started at an early age; he began playing organ at his local church in Yeovil, Somerset, at the age of nine. With a scholarship to Wells Cathedral School in 1996 he studied organ with Rupert Gough, David Sanger, David Briggs (improvisation) and harpsichord with David Ponsford. From 1999–2000 he was Organ Scholar at Wells Cathedral, before moving to Germany where he studied at the Musikhochschule in Stuttgart with Ludger Lohmann. Andrew has been Organist of the American Cathedral in Paris since 2010 and is also Professor of Organ at the Royal College of Music, London.

Andrew has won a host of prizes at international organ competitions, including St Albans, and has an extensive concert diary which has taken him on tours to Russia and North America, alongside frequent engagements throughout Europe. In addition to his solo recital work, he regularly takes masterclasses and sits on adjudication panels. 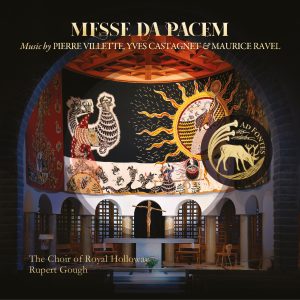 The Choir of Royal Holloway presents the debut recording of Pierre Villette’s Messe Da Pacem in a new arrangement for choir and organ by Rupert Gough. Alongside the Mass is Villette’s well-known Hymne à la Vierge, and works by contemporary Parisian composer Yves Castagnet recorded here for the first time. The album opens with a new choral arrangement of Ravel’s ever-popular Pavane pour une infante défunte. The Choir is...
Read More